The company, based in Bunbury south of Perth, and now with a new depot in Albany, has been known in WA for its focus on fuel efficiency, and we’re told this is now extending to a sustainability focus as well.

The Group’s 20-strong fleet is made up of 19 Scanias, 13 of which are the Euro 6 models. The eight new V8 prime movers replace earlier Scania R 560 and R 620 V8s, as the company likes to turn its vehicles over after five years, running them on Scania maintenance contracts.

“The 13 Euro 6 Scanias in the Express Group WA’s fleet is easily our biggest Euro 6 fleet in Western Australia, and across the country for retail customers,” said Michael Berti, Regional Executive Manager for Scania WA. “The biggest fleet of Scania Euro 6 trucks is operated by the Metropolitan Fire Brigade in Melbourne.

“Since the first G 490 and R 580 trucks were introduced to the Express Group WA fleet in 2017 we have seen a rise in interest in Euro 6 from other transport operators.

“When we launched our New Truck Generation to the Australian market in Sydney in March this year we had a strong focus on sustainability, which runs hand-in-hand with fleet efficiency and can lead to improvements in profitability through greater uptime and lower running costs,” Mr Berti said. 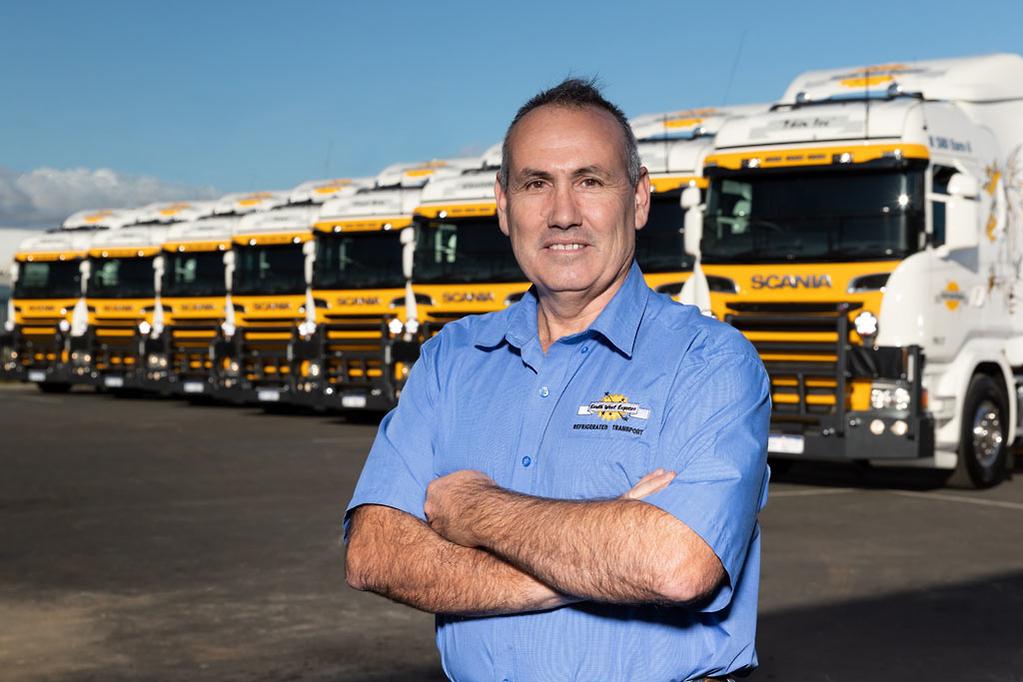 “Mark and Andrea have adopted Scania’s Platinum level service agreement which ensures their vehicles are fully maintained by us for a pre-agreed monthly rate, leaving them free to concentrate their attention on areas of the business other than fleet maintenance. Again, Express Group WA was one of the first in WA to sign up for this level of Scania care,” Mr Berti said.

The new G 490 Euro 6 prime movers have been used mainly for metropolitan work, while the new V8s will mostly run line-haul between Perth, Albany and Bunbury regions.

The business has already seen its Euro 6 trucks using less fuel than their Euro 5 counterparts, reinforcing Scania’s claim of greater efficiency with cleaner exhausts. Fuel-savings amount to between 0.2 to 0.3 km/litre, the company has found.

To further ensure the most efficient performance from the trucks, all of the Express Group WA driver team has been through the Scania Driver Training Programme. This demonstrates how to use the on-board systems plus driver attitude and skill to get the most from the truck in the hunt for improved fuel consumption and safety. 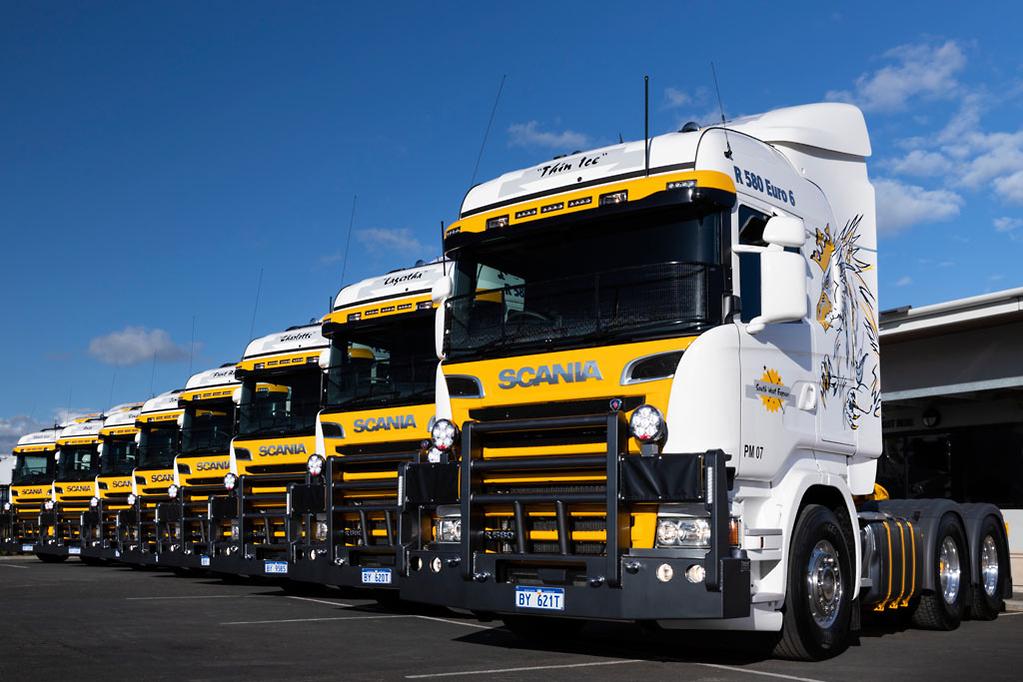 “As part of our commitment to safety, the environment and our customers’ expectations, we took the opportunity to embrace the new technologies on offer with the Scania Euro 6 vehicles, unlike most operators, who take a wait-and-see approach to innovation,” said Mark Mazza.

“We have an extensive understanding of Scania’s rigorous product development and testing, which encompasses a wide variety of extreme conditions and applications around the world,” he said.

“Safety is a main focus. In addition to the Scania safety systems, we include ‘seeing eye’ fatigue and four-way camera systems, which have already proven invaluable tools for managing safety in our work place.

“Ultimately, we share the roads with the general public, and we as an industry need to consider this at all times,” Mr Mazza said.

Southwest Express has been acquired by Centurion

We would like to thank you, our team, customers and community for the exceptional support we have received over the past 25 years. On March 1st 2022, Express Group WA was acquired by Centurion.

We know what it takes to nurture and grow a business from the ground up and I have every confidence that Express Group with the Cardaci family is in the hands of people who are committed long term to this industry and the people who work in it.

We’ve had the honour of working with some of the best in the South West, whose dedication to our customers and their drive to deliver best-in-class service every day, whether they’re behind the wheel or behind a keyboard, has made Express Group a business worthy of Centurion’s attention.